What makes a great trader?

Hundreds of people come through the doors of Learn to Trade every month looking to learn to trade, we recently spoke to Clive, Senior Trader at Learn to Trade, about life as a trader and the characteristics that make a good one. 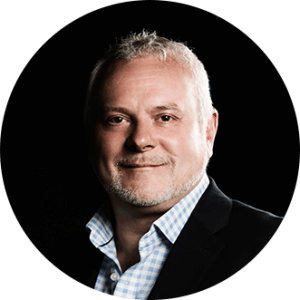 How did you get into trading?

After leaving school I went straight into marine engineering – testing and repairing large ship engines across the world. However the job meant I was away for long periods of time, which was conflicting with my future plans to have a family. It was at this time that my brother in law to be, one of the Chief Dealer’s at a major American bank, suggested I made a career change and introduced me to the Forex Market. He organised an interview for me to become a money broker and that was it, an interview that would change and shape my career. In this role I was primarily based in the UK but often I would work in Switzerland, Germany and the U.S.

What time is the best time to trade?

Essentially anytime that you are awake. For me, having a balance between trading and my life is fundamentally very important, so I mostly trade between 9am and 2pm, so freeing up my afternoon to do whatever else I want to do. I choose the currency markets that are busiest during these times, and even then I rarely spend long periods of time looking at the screen.

What are the common mistakes you see traders starting out make?

We know many trading decisions are influenced by emotions, how can people go about managing this?

I could go on about this for some time, but once again it generally comes down to risk. If someone has a strict set of rules and adhere to them, they can avoid many rides on the emotional roller-coaster. Trading itself isn’t really that difficult, people tend to make it so.

What does it take to be a successful trader?

All of the above, goals that are achievable and being realistic on where you want trading to take you. It is not a get rich quick scheme, we like to think of it as a crawl, going on to walk, then running. Just like anything else in life, education and training can take you so far. To me, education in trading is everything.

What tips would you give to someone starting out trading?

I would say learn from professionals, get around the right people and get a support network. Trading is like an iceberg and it is what is below the waterline that counts.  Education and mindset is everything.

What tips do you have for a more experienced trader?

Keep to what you are good at. Find out who you are, the kind of trading that works for you, the strategy and risk parameters that you work with best, and stick to it.

Can everyone learn to trade?

Yes, I’ve shown a 13 year old the basics of trading and had an 81 year old sit in on my course. Everyone over 18 is welcome in the courses I teach.

How has trading changed over the past 10 years?

For the private investor, we have seen technology make trading so much easier and more accessible. Quality brokers and intelligent software changed trading, making it open to anyone who wants to start trading.

Is it possible to always get your trades right?

No, if only eh? I like to compare trading to a sport. In the football premiership, you can win the league without winning every match, and it’s the same for trading. The important thing here is how you deal with the losses, this is what really matters.