After last week’s numbers on the inflation by the US, the American Dollar continued its rally through most currency pairs. GBP, AUD, NZD, CAD were all ‘victims’ of the renewed strength of the USDollar and the rumours of an interest rate hike from the FED are only enhancing the gap. As for the EUR:USD, the week opened with the continuation of the short side although it pulled back later on maybe facing the increased time given by the FMI regarding the June payment from the Greek debt. But the biggest move was seen on the USD:JPY as it finally broke the resistance level that was holding at 122 since December.

On the Indices, the whole week was very indecisive but the week ended with a huge drop from almost all the indices across the globe. The only exception is still the Nikkei which continued to hit all time highs reaching 20654 this week.

Gold is back to the support level at 1180 as Oil closed the week with a sudden rise to 60 after hitting 56 on Thursday. 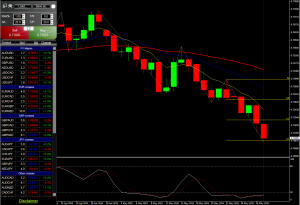 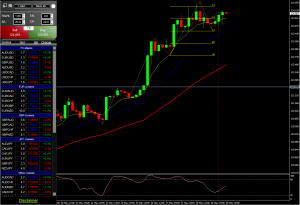 This week the attention will be focused around the ECB press conference on Wednesday where any reference to the Greece debt might ignite some (un)expected action on the currency market – especially the EUR crosses.

On Friday, we will have the usual Non Farm Employment change numbers from the United States as well as the OPEC meetings. So we will be acting in a very protective way regarding any open positions on the currency market and for Oil.

Beyond the news, and looking across the charts on the currency market we are paying attention to USDolaar related pairs as both the technicals and the fundamentals are getting in agreement. Due to the renewed American Dollar strength, we can now see the significant moves on all majors and minors and we are waiting for price to show us the right signals so we can make the most out of the next opportunities.

Regarding the Indices, we are going to repeat exactly what we mentioned last week: wit for price action to break the levels of resistance before starting to look for any trades. Nikkei is the only exception as price is continuously – since January now.

As for the commodities, we are also holding for more decisive moves on Gold and Silver while on the Crude Oil, after the pullback, price showed a decisive move to the upside so we are just waiting to see the previous high being broken before starting to pay attention to the next signal to buy.