“The trend is your friend… until the bend in the end.”

Everything was still running smoothly when on Wednesday the Federal Reserve (FED) delivered a much more dovish tone when comparing to the January speech. From economic activity expanding at “a solid pace” to “economic growth has moderated somewhat” was good enough for the traders to start pressing all the buttons… The announcement of a hike on the interest rates came as a surprise and there were some heavy reactions all over the currency market although they seemed to slow down after the statement “an increase in the target range for the federal funds rate remains unlikely at the April FOMC meeting”.

All the majors and minors ‘felt’ the news as the dollar strength seemed to lose all its power within the first 30 min of the announcement. We are currently at a usual yet sudden pullback although it is very soon to start discussing the end of the overall trends.

On the stock market, the American indices also went up after the news and the pullbacks from last week. On the European side, not much of a reaction on DAX or CAC after another all time highs’ week, although the FTSE showed a major move and broke the all time record reaching 6994.

Gold and Silver still showing clear downtrend behaviour as Crude Oil price was also getting back to the downtrend but the reaction to the weakened dollar was spotted on Wednesday and the previous level at 44 was retested. 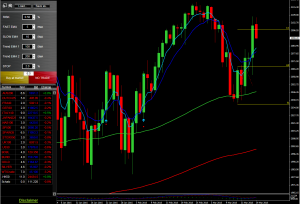 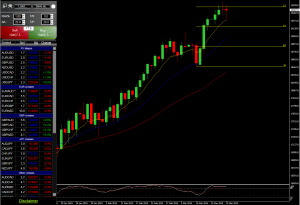 For the week ahead, there aren’t any significant periodical news regarding the  currency market, and although some of the majors are now hovering around some very significant levels, we are still expecting the return to the normal trending price action.

As for most European indices we are playing the same tune: wait for the pullbacks, stay with the trend and respect price action. Just the same, for the American Indices, you might have misses the so called perfect entry so just wait for price to set up again and then take it.

On the commodities side, it is now time to pay attention to Gold and Silver once again as the pullbacks are here and the price action seems to be about to set up. The downtrend is still prevailing and price pulled back not only to the moving averages but also to previous support – now resistance – levels. As for Crude, we would like to see the 44 level being broken to the downside again before considering another opportunity.