EURUSD breaking the 3 week range after the ECB press conference. European Stock Markets remain pushing into new all time highs. The American indices slowed down this week while on the Asian side, Hang Seng still stuck at a range.

Gold and Silver still in a downwards trend and still showing no signal of stopping.

USDollar regained the strength from the past months and pushed the currency market. There were some changes on the indices side as Dax and Cac still pushing to all time highs, FTSE and the American Indices (Nasdaq, Dow, and S&P) registered a significant pullback. On the Asian side, Nikkei again breaking all time records.

Gold and Silver dropping continuously for the past weeks broke through previous support levels while Oil continued the sideways movements since the end of January.

Announcement from the FED about the potential rise in the interest rates came as a surprise and there were some heavy reactions all over the currency market.

On the stock market, the American indices also went up after the news and the pullbacks from last week. On the European side, not much of a reaction on DAX or CAC after another all time highs’ week, although the FTSE showed a major move and broke the all time record.

Price is at an indecision moment which is normal after the price behaviour from last week. Most majors now at a point where it should either get back to the overall trends or prove the rejection.

On the stock market, Europe’s main indices kept breaking the all time records while on the American side the highs were retested but pulled right back to the lowest levels from previous week. 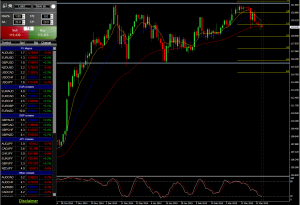 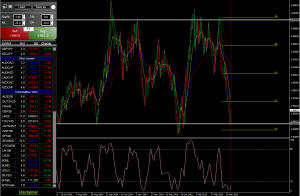 Current opportunities – these are hypothetical trade setups and not all trades will trigger or setup. It is important to seek guidance on trading these setups before risking your own money. Below are the current GBPUSD and USDJPY weekly chart. 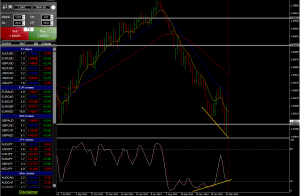 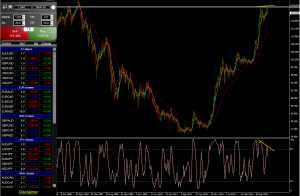