With daily turnover rates of more than $4 trillion (£2.6 trillion), the Forex market is easily the world’s largest, as anyone taking Forex trading courses can testify. But if you have the impression that trading is a new, tech-enabled phenomenon, think again: it has deep roots in history. Here are five facts that might surprise you. 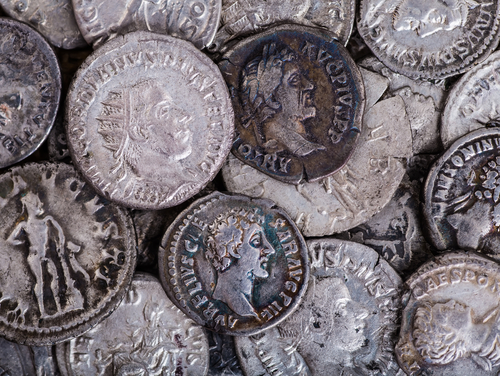 The first evidence for currency trading resides in Talmudic texts. “Money changing people” took a commission while assisting people in changing money, using city stalls or (at feast times) the temples’ Court of the Gentiles.

In the 15th Century, the Medici family needed to exchange currencies when they acted for textile merchants. So they opened banks in foreign locations, each of which held a “nostro” (Italian for “ours”) account book to facilitate trade. The world’s first bank, Monte Del Paschi di Sienna, was founded in 1472 in Tuscany. And it’s operating.

This is the year that the gold standard was introduced. As a result, most pundits regard 1880 as the start of the modern Forex market.

This is the year that the modern Forex market really took off. Older conventions (such as the restrictive bind of nation-state and controlled foreign exchange) came to an end. Complete floating of the market started, and technology transformed Forex trading. Out went antiquated methods of trading such as telex and telephones, and, courtesy of Reuters, in came computer monitors.

Ever wonder how the GBP/USD currency pair acquired its “cable” moniker? Before the age of global communications satellites and fibre optic technology, the New York and London stock exchanges were linked via a huge steel cable running beneath the Atlantic. People still get frustrated by lags when they’re implementing their Forex trading strategies. But just imagine what it would have been like if that cable had developed a glitch.