It's All About The Context: External Factors That Affect Currency Valuation
28 November 2019

It’s All About The Context: External Factors That Affect Currency Valuation

Every day, traders from all corners of the world engage in over 5 trillion dollars worth of financial transactions on the foreign exchange market – making it the largest, most active financial market in the world today. Given its scale, therefore, it shouldn’t come as any surprise that there are multiple factors that can affect how the market operates on a day-to-day basis – particularly when there are changes in currency exchange rates which, in turn, can significantly influence a trader’s ability to either make a profit or face financial losses.

So, in this blog post, we’re exploring the important role that external factors from all across the globe can play in the profitability and success of a trade due to the direct impact of a change in currency valuation. Discussing what exchange rates are and the effect that social and political factors have on them, we’ll help you create a well-informed forex strategy based on real experience instead of just theory.

What are currency exchange rates?

Arguably the most important determinant of a nation’s level of economic health, a country’s currency exchange rate is the value of their currency against another country (or economic zone’s) currency.

Because of various external factors, such as trade supply and demand and political instability, foreign exchange rates regularly fluctuate – forming the basic motive for global forex trade as a result. Not only do these discrepancies in exchange rates affect the forex market, but they are used by people all over the world to determine the best value for money they can expect to take away with them prior to their holiday abroad.

The rate of inflation (otherwise known as inflation rate) is the difference in the price of goods and services over a period of time. In most cases, a country that has a persistently low inflation rate will also have a rising currency value – this is because it’s purchasing power increases relative to other countries’ currencies.

Countries with higher inflation rates tend to see their currency depreciate in value compared to the currencies of their trading partners. At the end of the 20th century, Japan, Switzerland and Germany were amongst the countries with the lowest inflation, while Canada and the USA only achieved low inflation years later. 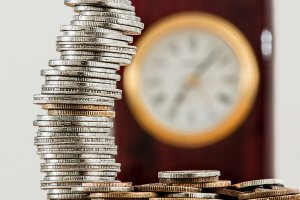 Photo by Pixabay on Pexels

Typically, all the world’s currencies are bought and sold dependant on flexible exchange rates. This means that their prices fluctuate based on both the supply and demand of a certain currency in the forex market – for example, if there were a high demand for a specific currency or a shortage in its supply, this would result in an increase in its price.

While this naturally depends on the rate of inflation, the rates of interest, social, political and economic factors (such as the ones listed below) are largely responsible for this difference too.

The effects of politics on forex

A country’s political stability can, of course, affect the strength of its currency. In the event of an election (typical in almost every country), traders can view this situation as a remote case of potential uncertainty and instability – as such, resulting in greater volatility of the currency’s value in the foreign exchange market. This is because a change of power in government could mean a change in a country’s ideology and monetary policy, causing market turbulence as a result.

At the same time, in cases where particular party leaders are viewed as being more financially responsible or where their policies appear to promote economic growth, the respective country’s currency value tends to increase. An example of this is after the Brexit referendum in 2016, when the pound’s value fell to a 31-year low in the financial markets as a result of market instability and the belief that the result could negatively impact the country’s financial future. 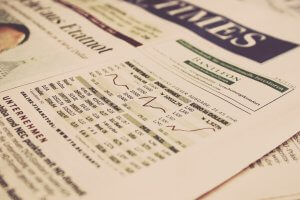 Photo by Markus Spiske on Unsplash

Nations will commit themselves to large amounts of financial deficit to pay for public sector projects. While this type of activity energises the domestic economy, countries with large debt and deficits are, in turn, less desirable to foreign investors.

What does this mean? Well, a large debt encourages inflation – so, if inflation is high, the nation’s debt will ultimately be paid off with cheaper currency in the future. Conversely, a government may decide to print more money to pay off their existing debt, however this increase in money supply also causes inflation.

The impact of natural disasters

Not only can the physical and economic impacts of a natural disaster be catastrophic for a country, but such disasters can have a detrimental effect on a nation’s currency valuation. This is due to the severe physical damage to distribution centres, major factories and the like – meaning that, when coupled with the inevitable uncertainty of socio-economic conditions as a result of a natural disaster, a country’s currency valuation is almost always likely to fall.

Another critical concern once a nation has been hit by a natural disaster – be that a tornado, hurricane, volcanic eruption or tsunami – is the damage to basic infrastructure that can significantly limit the economic output (through trade) from a region. As a result, both governmental and private spending is directed into rebuilding and rehabilitating citizens and cleaning up – meaning that any money that could’ve previously been invested into advantageous economic ventures is redirected and missed out on.

What does it all mean for my forex strategy?

Naturally, while it is difficult to plan for the unexpected in the foreign exchange market – such as natural disasters and political turmoil – an experienced, informed trader will effectively utilise global events and prior knowledge as a primary indicator within their forex trading strategy.

So, in order to safeguard yourself in the often volatile foreign exchange market, it’s crucial that you monitor political and economic conditions in countries worldwide and consult a forex calendar to ensure you make well-informed trading decisions based on educated option.

Ultimately, the forex market is driven by economic factors that impact the value and strength of a nation’s currency based on its currency exchange rate. To find out more about how to read the markets, why not join us on one of our award-winning forex training courses? We’ll teach you in more detail about the factors and indicators to watch out for to ensure you keep up in this competitive, fast-moving financial market.