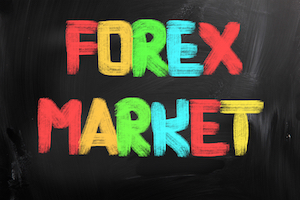 Draghi’s remarks were made after the ECB meeting in Malta and were designed to counter weak inflation in the eurozone. Traders palling their next Forex trading strategies interpreted his comments as a portent of where the ECB is heading in the future, and the ensuing sell-off saw the euro posting its biggest one-day percentage loss against sterling since May this year.

As anticipated, the bank held rates steady at the Malta meeting, maintaining them at the rock bottom levels they’ve been at for over a year. Despite repeated claims by the bank that rates had reached “the lower bound”, Thursday’s announcement of early stimulus measures now puts these assurances in contention.

“I think Draghi has forward announced action in December. Negative rates are explicitly back on the table.”

Draghi’s remarks kicked off a big rally in the US stock market, too, with the Dow and the S&P 500 surging to nine-week highs. They are now likely to see their best month since October 2011.

Banks such as Deutsche Bank and Danske Bank are already intimating that they will price in a 10 basis-point cut in the eurozone deposit rate at the December meeting.

According to polling by international news agency and financial market data provider Reuters, the median probability that the ECB will extend its trillion-euro programme beyond the official termination date of September 2016 is now 70 per cent.