At the currency market this week, and regarding the weakness from the EUR, it is now showing an unusual pattern as there isn’t clear decision on the overall downtrend that seemed to be setting up last week. The Canadian dollar proved its strength against most currencies as price kept showing clear trend behaviour. But the biggest moves this week came from the British Pound as we saw almost every single currency decreasing value in comparison. Cable, after hitting the 1.48 support level, once again bounced straight up and assumed a very convincing upwards movement.

When it comes to the stock indices the FTSE stayed around the maximum levels at 7000 while the other European indices – CAC and DAX – showed a small pullback buy still within the normal trend price action.

On the American side, DOW, NASDAQ and S&P continue to be stuck between the same levels as for the previous 8 weeks as there wasn’t any decisive move.

On the Asian side, the Nikkei breaking the all time high at 20255 while the Hang Seng remains around the 27600 level.

After the rise last week, Oil price stayed around the 57 level where some indecision can now be read on the chart, as for Gold here wasn’t much buying nor selling pressure as the charts were completely still and price is now suck in a 240 pip range for the last 2 weeks. 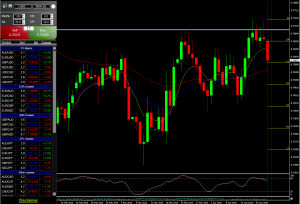 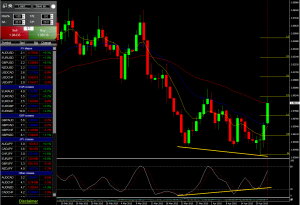 Next week should be a quiet one as there are quite a few bank holidays in site – Japan on Wednesday and most continental Europe plus China on Friday. Nevertheless and as for the news, Wednesday should be the day to pay attention to as the FOMC will announce the federal funds rate and we all know what happened on the currency market last time the change in rates was mentioned. On Thursday we’ll be able listen to the Bank of Japan press conference and to see the data on the European Central Bank bulletin.

After the price action this week, on the currency market we will be waiting for the signals that might allow us to take advantage of the overall EUR weakness and the CAD strength. On the indices side, we will stick to the overall uptrends mostly seen on the Asian and European sides. As for the American market, we will wait for more decisive moves (to the upside) especially if that range from the past couple of months is broken. As for the commodities we also want to see more decision on the price action before taking any action.